#AlabamaAbortionBan #Alabama #AlabamaSenate #NoUterusNoOpinion #PlannedParenthood #ProChoice I love you Alabama prayers to all women and young girls here are my thoughts: pic.twitter.com/LqmVyV8qsA

take a look. these are the idiots making decisions for WOMEN in America. Governor Kay Ivey…SHAME ON YOU!!!!

Not your body. Not your choice. No justification needed. No man should be making such a fundamental decision on a womans body. How is it that abortion gets banned before guns? Our rights need to be heard. And we have a right to be outraged. In solidarity with my sisters. pic.twitter.com/zd02EVmCNx

???? Last week, a bill was signed into law in Georgia that is a near-total ban on abortion. This marks the fourth “heartbeat” law to be passed in the United States in the last year – a name that is designed to be emotive. It refers to the first signs of the development of a heart in a fetus at 6 weeks of pregnancy, long before most people know they are pregnant. ⠀⠀⠀⠀⠀⠀⠀⠀⠀ ?? Georgia’s bill stands out for going one step further in including personhood language, criminalising not just abortion providers, but also pregnant people for having abortions or even miscarrying. Today, Alabama passed its own law banning abortion except when the health of the mother is at risk. We remember that Savita Halappanavar died in Ireland with the same law on the books. ⠀⠀⠀⠀⠀⠀⠀⠀⠀ ??? Currently, women & pregnant people living in Northern Ireland are forced to travel to mainland Britain for abortion care that is illegal in their home country. There will always be people who cannot travel because of domestic violence, immigration status, and disability. People living in Northern Ireland and the USA deserve the dignity of accessing safe, legal & local reproductive healthcare at home. #nowforni These laws won’t stop women and pregnant people from having abortions, or from making the best decision for their bodies and families, it will just mean they are forced to do so unsafely and with stigma. #reproductiverightsforall ✊ Please join me in supporting @plannedparenthood @ippf_global @womenhelporg @all4choice #abortionsupportnetwork ⠀⠀⠀⠀⠀⠀⠀⠀⠀

if you’re a man and you think that The Handmaid’s Tale is a well-crafted show but maybe not the best way for a modern society to operate then it’s a really good time to start speaking out against the current war on women’s bodies/minds. we need your allyship.

i’m working on a long form video on up subject, but can’t just keep my mouth shut till it’s finished. watching the demise of our reproductive rights sends a sickening rage through my core. autonomy is the basis of our humanity. the ability to feel and the right to choose. 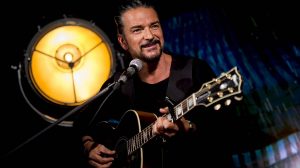 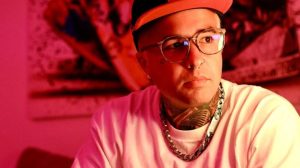