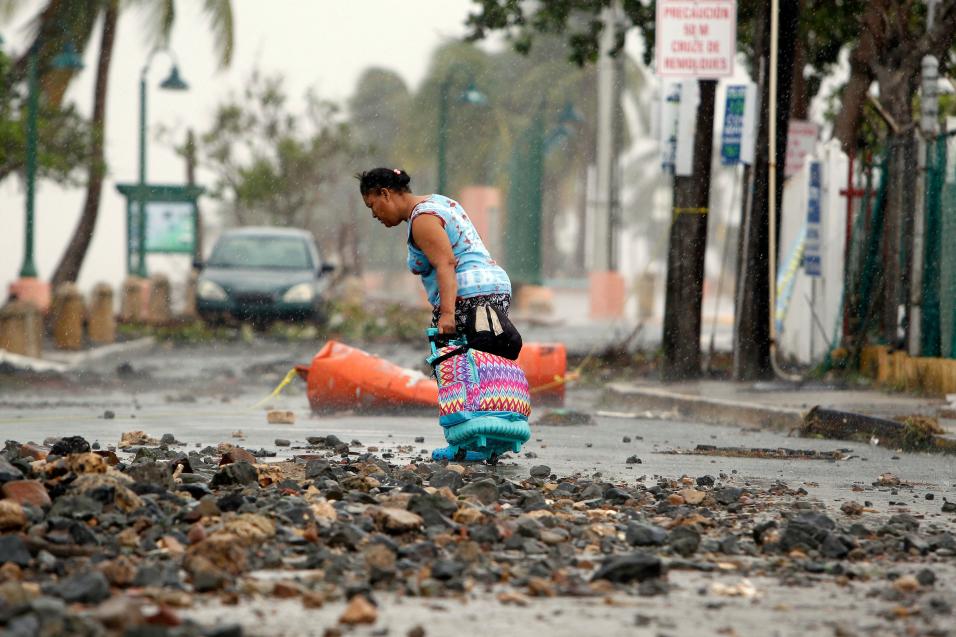 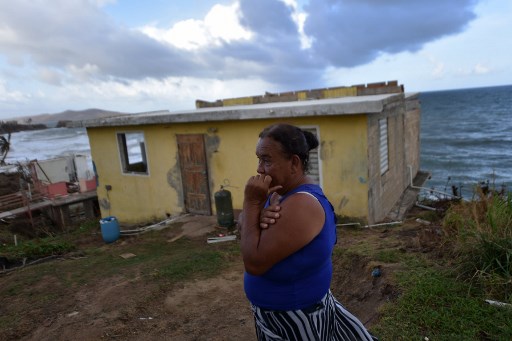 Maria Martinez stands next to her house which was damaged by Hurricane Maria in Yabucoa in eastern Puerto Rico on September 28, 2017. A week after the Category Four storm stuck, the White House said US President Donald Trump had made it easier for fuel and water supplies to arrive to the ravaged island of 3.4 million US citizens. / AFP PHOTO / HECTOR RETAMAL 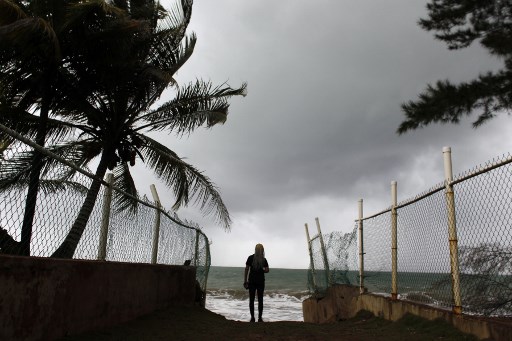 A woman looks at heavy surf as Hurricane Irma approaches Puerto Rico in Luquillo, on September 6, 2017. Irma is expected to reach the Virgin Islands and Puerto Rico by nightfall on September 6. / AFP PHOTO / Ricardo ARDUENGO