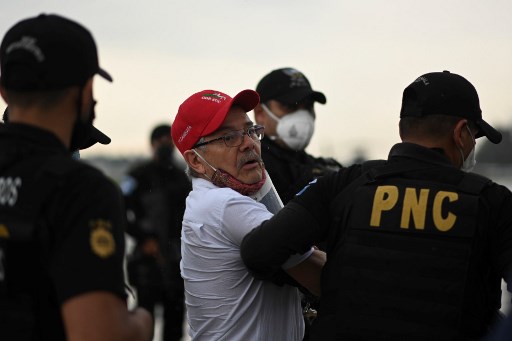 Guatemala's former guerrilla commander Cesar Montes is escorted by police officers upon arrival at the Air Force Base in Guatemala City on October 10,2020. - Former Guatemalan guerrilla commander Cesar Montes was arrested Saturday in Mexico on charges of killing three soldiers in 2019, an event that led his country's government to decree a "state of siege" in 22 municipalities and declare him Guatemala's most wanted man. (Photo by Johan ORDONEZ / AFP)