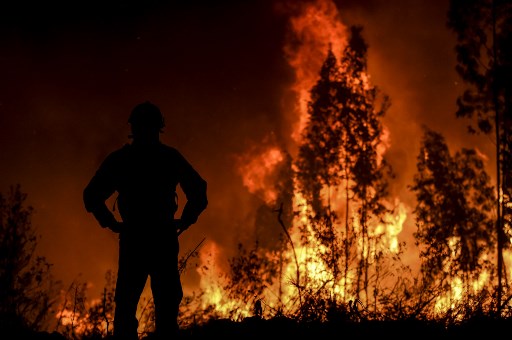 A firefighter monitors the progression of a wildfire at Amendoa in Macao, central Portugal on July 21, 2019. - More than a thousand firefighters battled to control wildfires in central Portugal that have forced village evacuations, in a region where dozens were killed in huge blazes in 2017. The firefighters were deployed to tackle three fires in the mountainous and heavily forested Castelo Branco region, 200 kilometres north of Lisbon, according to the website of the Civil Protection. (Photo by PATRICIA DE MELO MOREIRA / AFP)